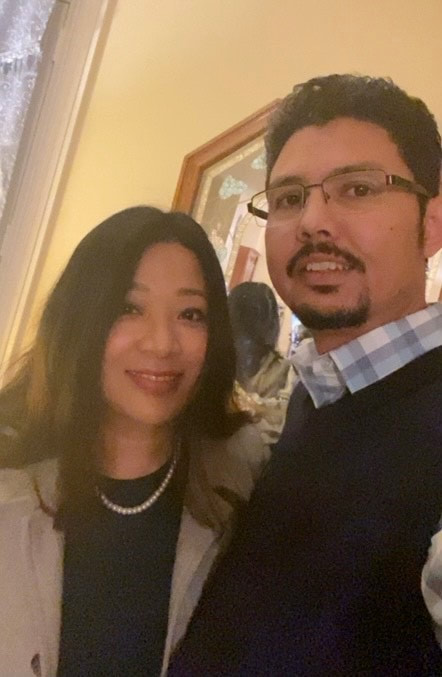 When YeWin Latt and Minn Myint Nan Tin came to Indiana roughly 30 years ago they were refugees fleeing Myanmar’s authoritarian government.
Flash forward to present-day Fort Wayne, which now has one of the most concentrated Burmese populations in the country. YeWin and Minn have also become pillars in the refugee community, seeking to build meaningful connections and educate others about the history and current state of their home country.
In this interview, YeWin and Minn give listeners a primer on the ongoing conflicts in Myanmar, how they ended up in northeast Indiana, and the values that they hope to instill in their children.

Myanmar has had a tumultuous history, having been both the invaders and victims over the centuries. It has had a tenuous relationship with its border countries and has been influenced by the many different ethnic groups that have immigrated in. However, throughout time, the country’s fertililty has meant that people could live off the land and thrive. Agriculture still remains an important part of Myanmar’s economy and food stability meant that much energy could be spent on other parts of life, such a developing the arts and music

Myanmar’s culture is heavily influenced by Buddhism, the main Bamar people, the Mon people, and the Chinese. This is true of the literature, dance and arts which visitors will be able to see during their visit. The people of Myanmar tend to be very religious and will observe all major Buddhist festivals.
Just a few years ago, all men in Myanmar were still wearing longyi, a sarong, but this is giving way to jeans and pants, especially in the cities. In the countryside, travelers will see plenty of men still wearing longyi. Most women, however, still dress in the traditional skirts and blouses. At the Bogyoke Market in Yangon, visitors can easily get traditional dresses made-to-measure.
Travelers should always dress conservatively, especially when visiting Buddhist shrines and temples – no shorts, tank tops or revealing clothing are allowed. Respecting local customs is important in Myanmar and donations at temples are seen as a nice gesture by visitors.