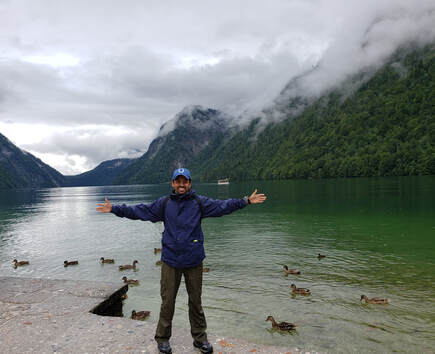 Francisco Townsend met his wife after the YMCA in Valparaiso, Chile, where he worked, made connections with the YMCA in Valparaiso, Indiana. Students from Indiana would come to Chile on a student exchange program, which is how they met. She lived in Chile with him for a while, but Francisco felt it was only fair for him to try living in the United States, where she could be closer to her family.

When he moved to the United States, Francisco didn’t speak English, but that didn’t stop him from working and attending college. After graduating in 2011, he went to work for the YMCA again. Francisco has done many jobs for the YMCA in Fort Wayne and continues to serve through his work there.

Francisco explores what it's like to raise Chilian-American children in the United States and he explains why he tells them speaking Spanish is a superpower. Francisco and host, Ahmed Abelmageed, talk about the relief of gaining citizenship, the difficulties of learning a new language, and the importance of remaining positive. 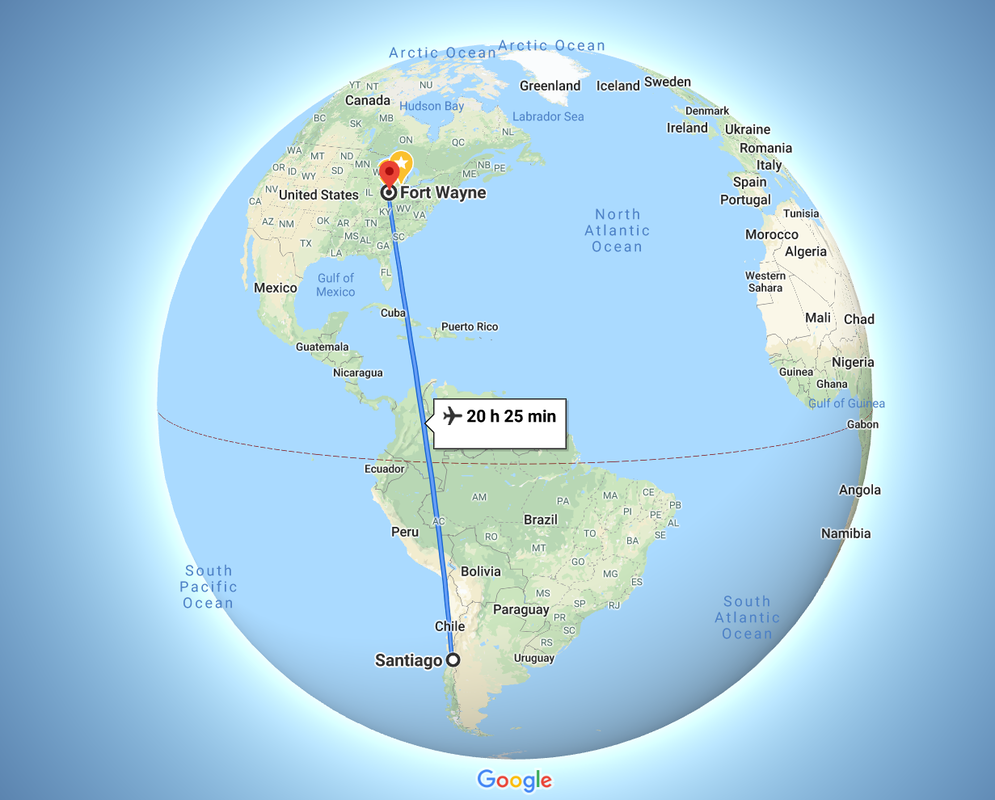 Chile’s people are largely descendents from European, indigenous tribes, or both with roughly 70 percent being Catholic. Over time, Chile’s isolation has produced a homogenous, but vibrant blended culture that combines traditions, beliefs, food and habits of the Mapuche, Spanish, German and, to a lesser extent, various other immigrant groups.

Migrating Native Americans were the first to settle in what is now Chile, where the Mapuche people established colonies in the fertile valleys and repelled invading Incas. Ferdinand Magellan was the first European to visit Chile in 1520. The Spanish conquest and enslavement of the Mapuche people began in 1540 headed by Pedro de Valdivia who established Santiago in early 1541. The Mapuche launched many insurrections during Spanish occupation which stopped once slavery was abolished in 1683.
The people began striving for independence around 1808 when Napoleon’s brother Joseph usurped the Spanish throne. Chile proclaimed itself an autonomous republic in 1810, with Spain responded by attempting to re-assert its rule which lead to intermittent warfare that continued until 1817. Bernardo O’Higgins led an army across the Andes to defeat the Chilean royalists and proclaim independence on February 12, 1818.

The political transition did not alter the stratified colonial structure which kept the wealthy landowners in power throughout the 19th century. During this period, Chile began to solidify its borders by incorporating the archipelago of Chiloe in 1826, suppressing Mapuche independence in the south and signing a treaty with Argentina confirming ownership of the Strait of Magellan in 1881. The War of the Pacific saw Chile capture further territory from Bolivia and Peru and securing nitrate deposits which heralded an era of affluence for the young nation.

Civil war divided Chile in 1891 and led to the establishment of a parliamentary democracy run by the financial elite that eroded the economy. A powerful working class and emerging middle class were able to institute a reformist president in the 1920’s, whose transformative programs were frustrated by a conservative congress.

General Luis Altamirano led a coupe in 1924 which created mass political instability and chaos, leading to ten different governments by 1932. Ibáñez del Campo was voted into power with coalition governments where he held office through successive re-elections until 1958.

President Eduardo Frei Montalva’s Christian Democrat administration embarked on far-reaching social and economic reforms in 1964 which saw improvements in education, housing and farming. After three years, Frei was besieged with criticism of inadequate change from leftists and too much from conservatives.

The Nixon Administration in the US disliked Allende’s socialist agenda and sent secret operatives to Chile to try to destabilize their government. American financial pressure restricted Chile’s access to international trade so the economy crippled and inflation was out of control by 1973.

A military coup had Augusto Pinochet Ugarte seize power in September 11, 1973 for a self-awarded eight-year term which saw mass repression, human rights violations and the implementation of a controversial new constitution. Greater freedoms were allowed after the economic collapse of 1982 and a mass civil resistance ran from 1983 to 1988. General Pinochet was ousted by a vote in 1988, replaced by Christian Democrat Patricio Aylwin from 1990 to 1994. There were a number of presidents between 1993 until January 2006, when Chile elected its first female president, Michelle Bachelet Jeria, of the Socialist Party.

In January 2010, Chileans voted in the first right wing president in 20 years, Sebastián Piñera. Struck by a massive earthquake and tsunami in February 2010, 500 people were killed and over a million left homeless, the same year that Chile achieved global recognition for successfully rescuing the 33 trapped miners in the San Jose copper and gold mine in the Atacama Desert. Although it had a shaky past and political history, Chile proudly boasts one of the highest per capita living standards in all of Latin America.

Chile’s isolation has lead to an interesting, colorful culture that is a blend of indigenous and European traditions characterized by friendly and thoughtful people. Traditional handicrafts are still produced and used in everyday life and beliefs and festivals are strongly influenced by the Catholic religious calendar.
While Chile is a nation currently at peace, its citizens are sensitive to being a small land amongst large neighbors. To avoid giving the wrong impression, it is best to ask permission before taking photographs of government buildings, navy boats or military installations.