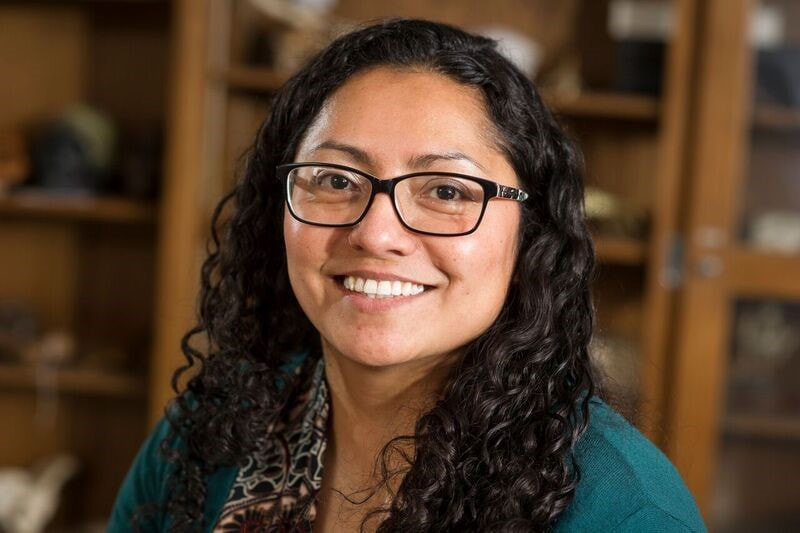 Paula Avila immigrated from Mexico to Fort Wayne when she was eight years old.  Four years prior to that, she and her younger siblings were left in the care of relatives while her parents moved to the United States to build a new life for their family.

She didn't see her parents during those four years, and when she was eventually reunited with them in America she says they felt like strangers.

In this episode Ahmed and Paula talk about the complexities of cultural identity, and  the process of rebuilding her relationship with her parents 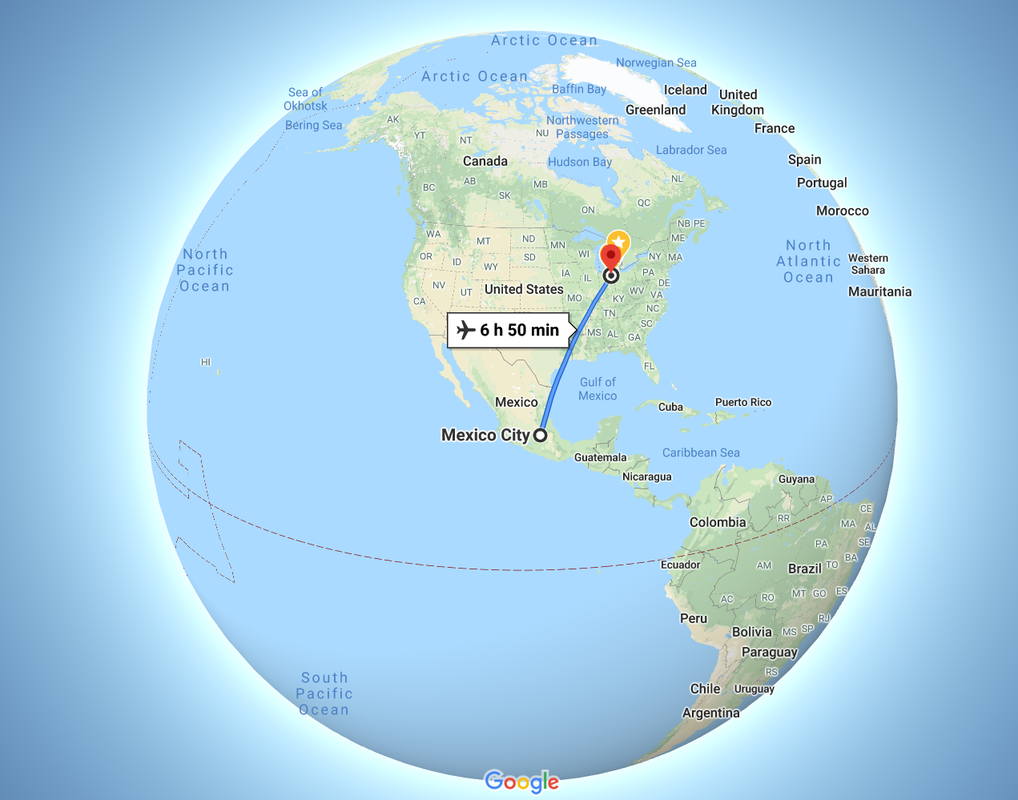 Mexico’s rich history spans over two millennia, in which time many great civilizations have risen and fallen. As the country came under Spanish rule, they struggled towards independence becoming the only nation ever to attempt invasion of the United States, and was eventually purged by revolution. Now, it stands strong as the second largest economy in Latin America.

Modern-day Mexico has been inhabited for about 23,000 years, according to archaeological evidence, and tribes began to settle in the area around 7,000 years ago, due to the high-quantity of beans and maize found growing in the region. Villages based around the cultivation of these vital food sources soon formed and civilizations grew. One of the earliest organized tribes was the Olmecs, who were centered around the Gulf Coast from around 1500 BCE. The cultural characteristics of this group spread throughout the country, and other tribes began to embrace and advance the group’s ideas, including the Maya.

From around 300 BCE, Mayan settlements began to spring up in areas from the northern Yucatan Peninsula to today’s Guatemala. The Mayan society evolved and the concept of the ahua, or king, emerged along with a hierarchy dominated by a designated elite. During this period of prosperity, the kingdoms’ populations numbered in the millions, and construction of great complexes began, the most impressive being the breathtaking capital of the rulers, Teotithuacan.

For centuries, the empire dominated the region; however, it began to decline and eventually fell in the 8th century. It is debated whether the Toltecs, who became the next civilization to control the area, actually sacked Teotithuacan or their power-hungry leaders led to their own demise. The new clan constructed a new capital, named Tula, about 50 miles north of today’s Mexico City. While their reign was particularly influential on the culture of future civilizations, it didn’t last long, collapsing around the end of the 11th century.

A century of tribal squabbles and political struggles passed before the power vacuum was eventually filled by a tribe of vicious mercenaries known as the Aztecs. Arriving in the Valley of Mexico around 1248 from the deserts of Rio Grande, the nomads started to settle and began construction of what was to become the world’s biggest city, Tenochtitlan.

This city eventually became a city-state spanning most of modern-day Mexico. The Aztecs used the surrounding canals as causeways and routes to the shore. Although a number of raised gardens were constructed around the island, the city initially lacked the harvests to feed the population and as the empire grew, supplies had to be sourced from elsewhere.

The Aztecs were fiercely religious people, with blood offering an integral part of their belief. As a result, human sacrifice to the gods was commonplace, leading to endless wars with local tribes. By the time the Spanish conquistadors arrived in 1519, the Aztec kingdom of Tenochtitlan was one of the world’s densest areas, with a population of around 1.5 million.

Although the Spanish had been in the Caribbean since Columbus’ arrival in 1492, it took 27 years for the first ‘exploration’ of the Aztec kingdom to be arranged in Mexico. From the colonized island of Cuba, Hernan Cortes and a team of 550 men set sail for the doomed kingdom. Traversing around the Yucatan Peninsula, a small fleet of only 11 ships landed in Tabasco and advanced inland, gaining a number of allies among the natives on the way.

By the time the Aztec king Moctezuma gave Cortes a showdown; the conquistador had amassed 6,000 indigenous allies. Although the king had chance to trap the Spaniards while they stayed in Tenochtitlan, it was he who was captured. Almost a year passed until full-scale riots broke out between the locals and invaders, culminating in the death of Moctezuma, a temporary retreat of the conquistadors, and their eventual return with 900 soldiers and an estimated 10,000 native allies. Within months, the continent’s greatest city was raised, building by building.

The Spanish then went about consolidating power in their latest colony, which they named Nueve Espana (“New Spain”). The dilapidated city of Tenochtitlan was rebuilt, becoming what is now Mexico City, and expeditions were sent out to conquer the remainder of the Aztec empire. Within a few centuries, Mexico City evolved into a Spanish-style city with plazas, avenues, cathedrals, and grandiose buildings, with many wealthy Spaniards emigrating to enhance their fortune in the gold and silver mines.

However, by the 19th century, defeat in Spain at the hands of the French and discontent throughout Mexico’s upper classes due to soaring taxes ignited the sparks of rebellion. In late October, 1810, about 80,000 independent rebels defeated Spanish loyalists, but were unable to completely take control over the city, leading to more than a decade of fidgeting before independence was achieved.

Following independence, rule of the country passed back and forth from liberal and conservative parties. A recurring leader during this time, General Antonio Lopez de Santa Anna is famous for leading Mexico into the Mexican-American War of 1846-1848 and losing a considerable amount of territory as a result. After a brief five-year spell of French occupation in the 1860’s, Mexico moved into an era of despotic stability and prosperity under the dictatorship of Porfirio Diaz.

During his 35 years in power, Mexico was transformed from a one-city, backwater colony into a booming country built on foreign investment, increased industry, and political repression. However, during Santa Anna’s tenure, only small minorities accumulated wealth while the rest of the country suffered, eventually leading to the Mexican Revolution. Over the next decade, leaders and parties came and went, the fighting roared on, and an estimated 1.5 million Mexicans lost their lives.

The 1920’s saw peace restored and Mexico put on the path to recovery. Artists flourished in the liberal capitals, industry thrived, and Mexico City began its meteoric rise to become one of the Americas’ largest cities. The rural poor flocked to the thriving city throughout the 1970’s in search of work, creating slums and ungoverned neighborhoods on the outskirts of town. Today, the capital has an estimated 22 million inhabitants and its massive growth has brought with it some of the world’s worst traffic and pollution.

A significant part of Mexican culture since the pre-Colombian era, literature has thrived in this diverse nation. From the famous Mesoamerican poet Nezahualcoyotl to the colonial scribes of Juan Ruiz de Alacon and Juana Ines de la Cruz, and later Jose Vasconcelos, the country’s outstanding literature paints a picture of this colorful country’s past.

Music is at the center of Mexican society, with a wide range of genres found throughout the area. From the world-famous Mariachi bands present at all special occasions to some of the region’s top DJs performing at lively venues and clubs, it’s difficult to escape pulsating beats in this part of the world.
Art has played a major part in Mexican history since the sculptures and great monuments of the early civilizations, and tends to be connected to religion and worship. Indigenous and Spanish art heavily influenced the Mexican muralist and social realism movements of the 20th century.
Mexico has long been recognized for its high-quality cinema productions, stretching back to the post-WWII days when the country’s movie industry was comparable with Hollywood. In recent years, Mexican film has once again become prominent on the world stage, raising international interest once more.
​
https://www.iexplore.com/articles/travel-guides/north-america/mexico/history-and-culture